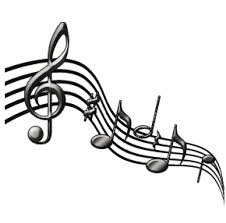 As a composer, I have been approached by many people for many years with the same questions regarding musical composition.  These questions arise from lack of knowledge and misunderstanding.  Not that it’s their fault, but rather they have never been given the knowledge.  This I personally blame in the weakness of the modern Public Education System.   A question that has been asked many times by many is “What film has a certain composer done?”  A composer does not have to be scoring for film to be a composer, but yet many think that modern classical music is film music so they totally feel that is the only type of music a composer does work.  This is a myth to say the least.  Another question that arises is “Why don’t you compose for films?”  Many composers do not work in the film genre, thus they would not have anything to their credit.

The truth of the matter is that both Classical and Film music are totally different styles of music.  Both are valid and both are an art form of their own right.  Classical Music includes a vast portion of genres including Symphonic works, Chamber Works, Concerti, and functional music (Religious Music, Opera, Ballet, Dance, and Theatre).  Film Music is a type of functional music that stems and comes from Classical Music, as the composers of the Golden Age of Hollywood were actually classical composers.
A bit of history on Film Music. Max Steiner, known as the Father of Film Music, invented the genre.  He composed the very first original film soundtrack in 1933 for King Kong.  He was a classically trained composer who happened to work in Hollywood.  When “talkies” appeared in Hollywood he found that composing original music to the work was a crucial part of the overall film.  He was the first of the composers to use a technique known as leitmotif, a recurring theme that represents a character, thing or event.  This is a technique from Opera and noted to be used for the first time by Richard Wagner.  Erich Wolfgang Korngold, a classical composer who has composed may Operas, became a film composer as well.  He called Film Music as “An Opera without words.”  This being said now let’s look at the differences between the two.
Classical Music, a poorly given title by the Record Industry, is music for the concert stage.  It is music that stands on its own.  The musical context is created for listening,enjoyment, and analysis.  The concept of most of the music is a serious large form of thematic materials interwoven as an artistic expression, much like a painting.  The musical composition is the themes, phrases, and melodic lines.  The actual orchestration is a different element that the composer uses in order to express this musical composition.  The orchestration can be for solo piano, small ensemble, or a large orchestra.  No matter what the arrangement or genre holds, all of the work is done by one composer.  There is no collaboration in the creation of the work.  It is the sole art form of a single man or woman.  There might be a musical phrase by another composer or a folk tune in the composition, but this is another part of the style of the music.  It is where the composer takes a preexisting theme and creates something new out of it, an old technique that goes back to the Middle Ages.  Therefore, classical music can be understood as the same thing as a painting or a sculpture of one artist.
Classical Music is a style of music that continues to be composed to this very day.  Many feel it is a style that no longer exists or think that Film Music is the modern version of it.   However, there are 1000’s of composers who continue to work in this genre, including many composers who create film music.  Some classical composers have also composed in the Film Music genre.  This is because there is such a subtle line of difference between the two, many composers who love musical art forms have worked in them.

Now let’s look at Film Music.  Historically it stems from Classical Music.  The first Film composers where Eurocentric in style.   Over the decades it evolved into an art form of its own right.  Anyone who feels that it is not an art form needs to reevaluate that Film is an art form and therefore the music composed for it is part of the package.  Much like Classical Music, Film Scores have melodic lines that are orchestrated for a large ensemble or full orchestra. Since Hollywood Music has become a commodity like all other departments of film production, there is a composer who creates the melodies, thematic materials and phrases, then it is orchestrated or arranged by another musician or composer.  Unlike Classical Music, it is collaborative work.  Many times this is due to the fact of several reasons 1) The Composer does not have time to orchestrate or 2) The Composer does not know how to orchestrate.  Whatever the reason is, the music is an artistic style and expression of several people working together.  Yet one important element to remember is that many of the film composers may not be orchestrating the music but rather using “short hand” orchestration as to let the orchestrator know what they want.  This again depends on the composer and the collaboration of others in the music department.

Anther important aspect to remember on Film Music is that it so not always the “genre” of classical music.  Orchestral music does not mean it’s classical in style.  Orchestral just means “larger than life” sound.  You can orchestrate any genre of music, and many film music after the 1950’s has explored in different genres.  Jazz and Rock style has been used in film music, therefore the orchestral music now is not the “classical” sound but the genre of the musical composition.  As film music evolved so did the styles.  The Classical style still remains in film music, but you can have any other styles.  You can even orchestrate Rap Music to have the Orchestral sound.
So here are the reasons why both Classical Music and Film Music are not the same genre as many understand.  They are both wonderful expressions of art.   Both are different styles; Film music stemming from Classical but have their own right as artistic forms.  We can’t judge one or the other and we can’t say a composer is a film composer when they say they are classical composers.  We also can’t assume a film composer does not work in the classical genre.  It is probably better to research into the credits of individual composers and see what they have composed.  I bet that if Mozart was alive today he would be composing for films as much as working with Opera, Concerti, and Symphonic Works.